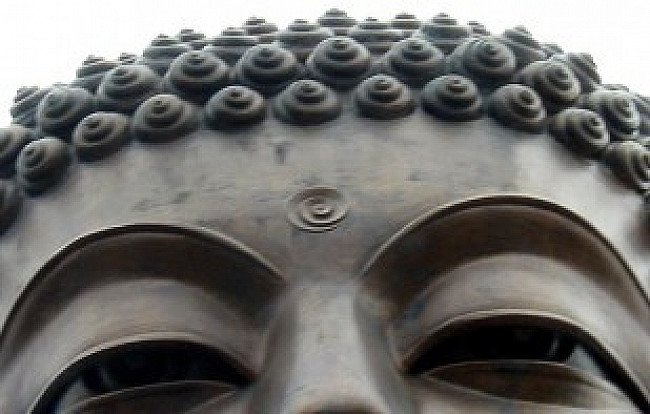 Buddha Head entwined in a tree

One of the most popular Thai Buddha heads in the world is Buddha Head in Tree Roots, Wat Mahathat, Ayutthaya. 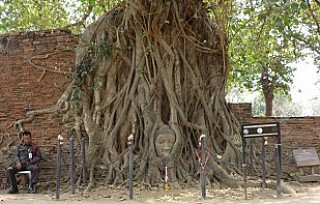 This iconic image is very popular as people may see time and again the photograph of the Buddha head on post cards and in guide-books. This particular Buddha head is entwined within the roots of a tree and is one of the most recognizable images from Thailand. The Buddha head is located at Wat Mahathat in Ayutthaya. The ancient temple in the location is believed to have been built around 14th century but was destroyed and reduced to ruins in 1767 during the invasion of Ayutthaya by the Burmese army. The invaders also vandalized many of the Buddha images and Buddha heads in Ayutthaya. The site remained abandoned until the early 1950s when the Department of Fine Art of Thailand began the restoration work in Ayutthaya. There is still no exact history of how the Buddha head became entwined in the roots of the tree. Among many theories, one theory suggests that the tree grew around the head of the Buddha when the temple was left abandoned. Similarly, another theory also states that a thief moved the Buddha head away from the main temple in Ayutthaya to hide it. But after moving the stone Buddha head away from the ruined main temple, it is believed that the thief could not move the head beyond the walls surrounding the temple. Instead of that, the stone Buddha head was left by the wall where it got nestled in the tree roots which have grown and entwined around it.