Our Buddha statues for Good Luck

Shalban Vihara, Buddhist pilgrimage site is located in Mainamati Cumilla, Bangladesh. It is recorded that the ruins of 7th century Paharpur-style Buddhist Vihara are scattered in the middle of the Lalmai hills ridge. The monastery used to house number of Buddhist monks in the 100 cells which were operated through the 12th century.

Initially, the monastery had the name as per the King of that locality. It was named Bhavadev Bihar but as time passed by the monastery got its new name, Shalban which comes from a grove of Shal (Shorea robusta) trees.

It was recorded that the King Bhava Deva, the fourth ruler of the Early-Deva dynasty built the monastery on 168 square meters of ground. This monastery in early period served as the royal palace for the early Buddhist students.

Exploration and excavation of the Shalban Vihara 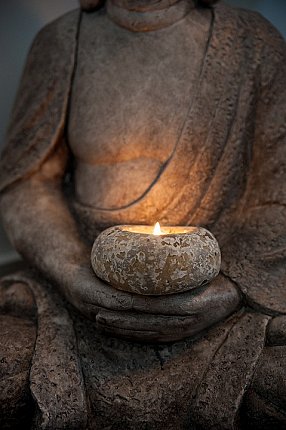 The monastery in the current context is in ruin state however, different excavation and exploration projects have been conducted to know about the architectural and functional aspects of the monastery. Till now, it had been known that the monastery was repaired and rebuild for four times. It was known that new floors and thresholds were built on top of the earlier remains during the renovation period. While on excavation two interesting features observed inside the cells, fireplaces and ornamental brick-pedestals. These were not included in the original plan which shows these are added during the repair of the monastery. The monastery also constituted a community kitchen and dining. The kitchen is used by many of the resident monks who preferred to cook their meals individually inside their cells.

These discoveries suggest that the establishment may be due to the provisions in the monastery for the poorer lay students of neighboring settlements. Since, the cooking arrangements seem to be very cheap because they will have their own food with materials brought from home.

Along with this, the excavation also exposed a number of subsidiary structures from a small oblong, a pillared and a square shrine to massive brick structure, columned terrace.

View our Buddha head statues from Burma in our gallery 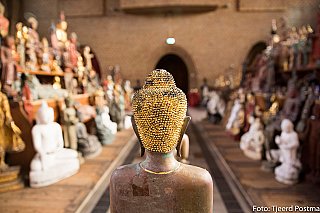 The monastery area is spread over 550-foot sides which include 115 monastic cells, a dominant central shrine and a number of subsidiary shrines. The stupas and chapels situated there provide access to the northern side. The central shrine revealed six building phases and four monasteries. The first two phases of the central shrine remain buried under 3rd, 4th, and 5th while 6th phase has been removed from the top.

The central cell in each department of the monastery has a larger, stronger, and more elaborative special features. These are small pedestals and platforms with decorative moldings, larger niches, etc.

The central shrine at the Shalban Vihara is built successively on the same spot in different periods and on different plans. The central shrine is actually six different structures. This type of structure are the examples of the gradual transformations of the traditional Buddhist stupa architecture into that of the Hindu temple. The basement walls also show well designed through sculptured terracotta plaques sets. During the establishment of the central shrine, the two periods- IV and V witnessed an interesting further transformation and development. During this period the cruciform shaped shrine transferred into an oblong one. Not only this the outer walls were also changed to the inner chambers with space enough for the statues, sculptures and the architectural decorations, and especially to the principal cult images consecrated in them.

View our collection of Buddhist arts and statues in our gallery